Finally, PERA law up for implementation 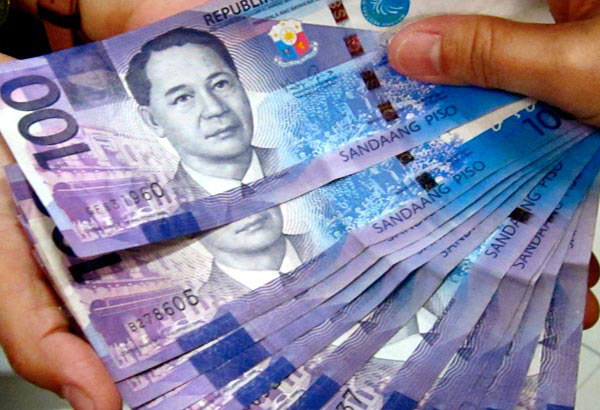 The PERA Law was passed in 2008.File photo

MANILA, Philippines -- Employees may soon see additional deductions on their monthly salaries to be put for retirement after the Bureau of Internal Revenue finally gave the long-delayed go-ahead to a savings program passed in 2008.

The go-signal was issued through Revenue Memorandum Order 42-2016 that laid out reportorial requirements for Republic Act 9505 or the Personal Equity and Retirement Account (PERA) Law.

"With the engines all set out for the proper implementation... many employers are expected to take this opportunity to become an agent...to promote capital market development and savings mobilization," the order stated.

"Employees, including self-employed individuals and overseas Filipinos, can start planning their future by establishing their own PERA," it added.

PERA establishes a retirement system where contributions are made by both employers and employees.

These contributions are managed and invested by an "administrator" chosen by the employee. Any person may only have a maximum of five PERA accounts cumulatively worth up to P200,000.

Contributors are entitled to income tax credit every year worth five percent of his or her annual contributions.

The Employers Confederation of the Philippines declined to comment on possible additional costs to employers.

"We believe that the long-term benefits of the PERA would outweigh the revenue loss," said Benedict Tugonon, president of tax industry group Tax Management Association of the Philippines.

Under the order, PERA administrator will need to apply before the BIR's Audit, Information, Tax Exemption and Incentives Division, where they will also submit quarterly and annual reports.

Reports will contain PERA transactions, including contributions, income earned, assets where it is invested, early withdrawals and terminations by contributors.

They are also tasked to maintain a "record" of all these information. BIR and the Bangko Sentral ng Pilipinas (BSP), meanwhile, will establish network connectivity for monitoring.

"Even with this order, PERA could not be implemented without administrators applying before BSP," former BIR commissioner Kim Henares said by phone.

Finance Secretary Carlos Dominguez III had made it his priority to implement PERA during the first six months of the Duterte administration.

Henares said she did not intentionally delay PERA's issuance because it will decrease revenues.

MANILA, Philippines – At least 44 tax regulations and rulings, the bulk of which came from the previous administration, were formally asked to be reviewed or revoked by the Tax Management Association of the Philippines (TMAP).

In a letter dated June 19, TMAP submitted to Finance Secretary Carlos Dominguez a “wish list” of regulations and orders by the Bureau of Internal Revenue (BIR) it wants revisited.

Of the 44 cited issuances, 38 were issued by former BIR commissioner Kim Henares.

“We would like to recommend for revocation and/or amendment in order to help the BIR attain the following objectives: increase tax collection, simplify taxation rules to enhance the ease of doing business, encourage voluntary compliance, prevent corruption...,” TMAP said in the letter.

Sought for comment, Henares maintained her issuances have legal basis.

“If it has no legal basis, the issuance thereof could have been questioned in court,” she said in a text message.

Covered by the list are tax transactions on sales of unlisted shares of stock, the withholding of taxes, deadline on filing value-added tax refund claims and cutting time a taxpayer may challenge his or her tax assessment.

They also include “unreasonable” and “unclear” reportorial and bookkeeping requirements that “increases the cost of business,” TMAP said.

The group also challenges “too onerous” computation on interest and penalties for late filing of taxes, “unconstitutional” requirement to validate tax exemptions as well as ruling on joint ventures “with no legal basis.”

Not all issuances came from Henares. TMAP was also calling for the cancellation of six regulations dating back as far as 1982.

These include “inconsistent” changes  to costs computation for gross income and imposition of donor’s tax on non-book value on stock transactions.

Prior to this, TMAP already scored a victory after Henares’ successor, Caesar Dulay, repealed an issuance that would have laid out tax probe rules for property buyers and sellers.

KNOWING YOUR BIR REGULATIONS AND ISSUANCES

Revenue Regulations (RRs) are issuances signed by the Secretary of Finance, upon recommendation of the Commissioner of Internal Revenue, that specify, prescribe or define rules and regulations for the effective enforcement of the provisions of the National Internal Revenue Code (NIRC) and related statutes
Revenue Memorandum Orders (RMOs) are issuances that provide directives or instructions; prescribe guidelines; and outline processes, operations, activities, workflows, methods and procedures necessary in the implementation of stated policies, goals, objectives, plans and programs of the Bureau in all areas of operations, except auditing.

Revenue Memorandum Rulings (RMRs) are rulings, opinions and interpretations of the Commissioner of Internal Revenue with respect to the provisions of the Tax Code and other tax laws, as applied to a specific set of facts, with or without established precedents, and which the Commissioner may issue from time to time for the purpose of providing taxpayers guidance on the tax consequences in specific situations. BIR Rulings, therefore, cannot contravene duly issued RMRs; otherwise, the Rulings are null and void ab initio

Revenue Memorandum Circular (RMCs) are issuances that publish pertinent and applicable portions, as well as amplifications, of laws, rules, regulations and precedents issued by the BIR and other agencies/offices.

Revenue Bulletins (RB) refer to periodic issuances, notices and official announcements of the Commissioner of Internal Revenue that consolidate the Bureau of Internal Revenue's position on certain specific issues of law or administration in relation to the provisions of the Tax Code, relevant tax laws and other issuances for the guidance of the public.

BIR Rulings are official position of the Bureau to queries raised by taxpayers and other stakeholders relative to clarification and interpretation of tax laws.

ORDER Your Copy ONLINE !
THE REAL ESTATE SERVICE
ACT OF THE PHILIPPINES